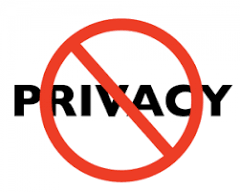 The guardian has confirmed the United States government has been spying on American citizens via the internet.  Under the 6-year-old program named PRISM, the FBI and National Security Agency have searched for emails, videos, photographs and other documents. Microsoft Corp, Yahoo Inc, Google Inc, Facebook Inc, PalTalk, AOL Inc, Skype, YouTube and Apple Inc. are all apparently playing a role in helping the U.S government spy on its very own citizens. Have you used any of these services? G mail? Facebook Chat? Search for anything in Google lately? Well the government knows all about it. Although these companies have continuously denied involvement in any such espionage program, it is apparent that their involvement.  Do you think this is a breach of your privacy? Tell us in your comments below, but be careful what you say! 😉